CardoO, an IoT devices manufacturer has received a $660,000 in Alexandria Angels-led Seed funding round, with the participation of Sofico Investments, angel investors from Saudi Arabia, and the European Bank for Reconstruction and Development (EBRD).

The Egypt-based IoT devices manufacturer plans to be the leading Arab brand that offers users a premium and cost-effective smart devices that improve their daily lives by putting the latest affordable consumer electronics and Internet of Things (IoT) devices in the hands of MENA consumers.

“We are excited to continue our journey in providing electronic devices and the Internet of Things,” said Ahmed Adel, CEO, and founder of CardoO, of this step. We are grateful to strategic investors such as Alexandria Angel Network, Sofico Investments, and angel investors from Saudi Arabia, as well as the role of the Information Technology Industry Development Agency (ITIDA) in assisting us in attending entrepreneurship conferences, networking, and outreach to investors and industry professionals, in addition, to support from the European Bank for Reconstruction and Development (EBRD) in the provision of infrastructure services.

The Emerging Technologies market is promising, especially given that consumers in MENA spend approximately $25 billion annually on this market, and CardoO intends to acquire $200 million in market share over the next five years, according to its strategic plan.

How CardoO Plans to Utilize the Funds 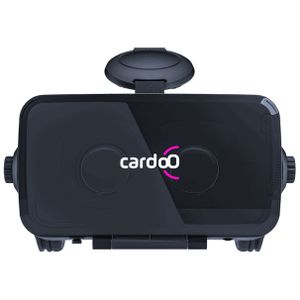 CardoO CEO added that this investment will enable his company to improve its products, introduce the first superior IoT application, as well as enable local manufacturers to produce consumer electronics for the Internet of Things under the brand name “CardoO” and provide them with high-quality technologies to local markets, allowing Egypt to become an important hub for Consumer Electronics for the Internet of Things in emerging countries.

Adel said that although some consumer segments feel that consumer electronics supported by the Internet of Things are expensive, CardoO has signed several partnerships with local factories and international research and development centers to make the prices of their devices affordable for the middle class, and to support the local Egyptian industry, with plans to expand in emerging countries, he indicated that the company had recently launched 9 new smart devices, with sales of more than  100,000 different devices, in addition to the fact that the company was able to conclude several deals with major retailers in Egypt and provide products in more than 1,000 branches across Egypt.

CardoO App is the first of its kind in MENA

He stressed that the CardoO App is the first of its kind, as it is the first application specialized in “IoT” in the region, through which the user can control all smart “CardoO” products, and can also create different scenarios for the compatibility of devices with each other. He explained that the application is easy to use and compatible with all voice assistant devices (Siri, Alexa, Google Assistant, and others) to ensure a seamless experience for users.

It is worth noting that the Egyptian startup CardoO recently signed a partnership with the electronic retail giant “Amazon” to offer its products through its platform, and it has a similar arrangement with other electronic selling sites, in addition to making deals with many institutions and consumer electronics distribution companies, and CardoO seeks to build a brand and a robust business, to become the first startup in the Middle East and Africa, in developing and publishing IoT Consumer Electronics, facilitating access to the latest innovations and smart products at reasonable prices that become accessible to users of the Arab region, in addition to aware them on how to use it, and benefit from it in their lives in general.