Signal, an encrypted instant messaging platform has launched a new Stories feature for all users on Android and iOS, the company announced on Monday. The feature was first announced last month on the Signal community forum, where it was initially made available to Signal’s beta testers. Now, the feature is launching on the latest version of Signal (v6.0) for all Android and iOS users today, with desktop support “coming soon.”

‘Stories’ is now available to all Signal users, allowing users of the end-to-end encrypted instant messaging app to create and share images, videos, and texts that expire after 24 hours. Signal notes that Stories, like everything else in its app, is end-to-end encrypted.

What you should know about Signal Stories 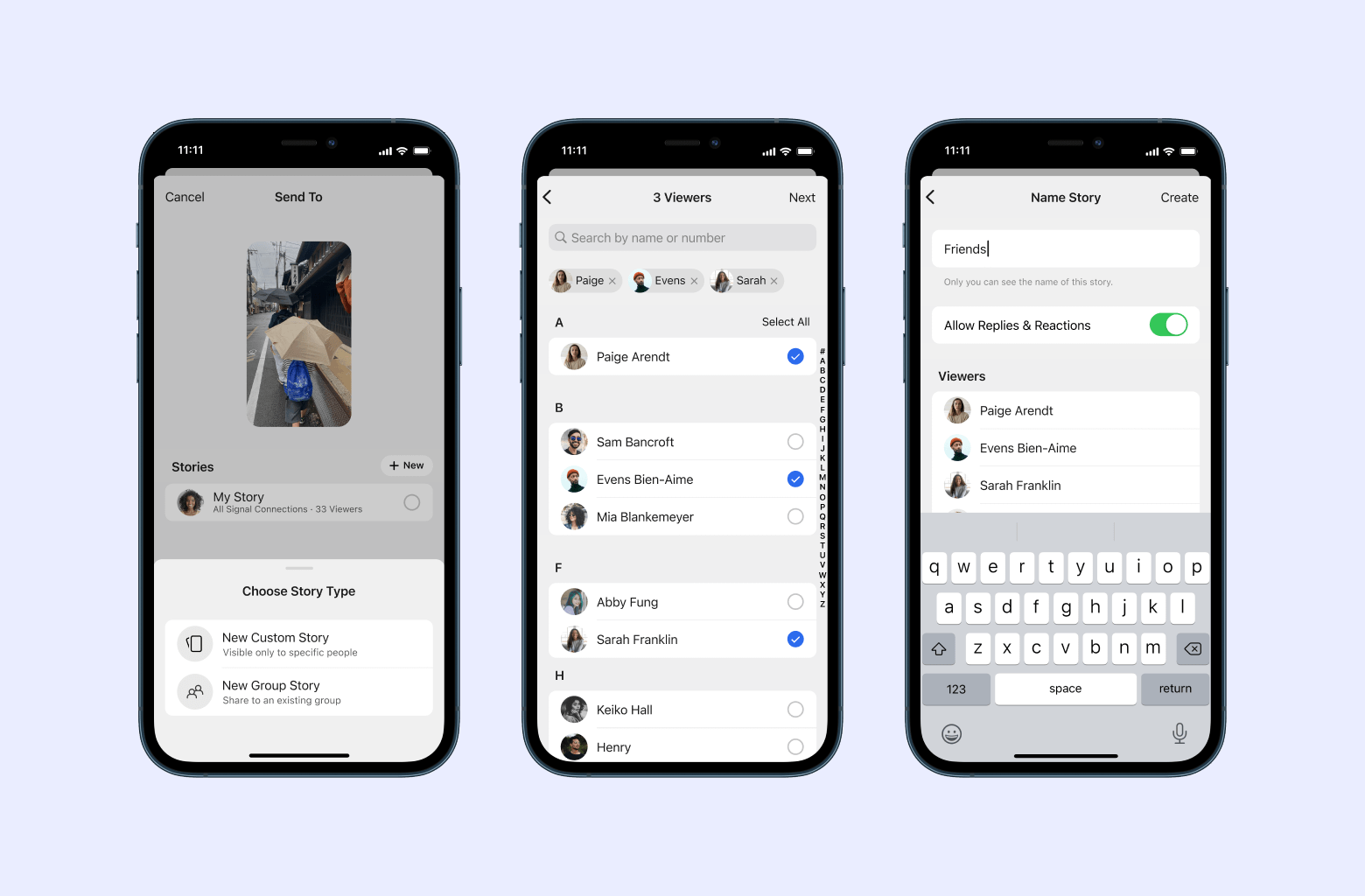 Signal users can control who can see their Stories by going to their settings. You can then choose whether to share your Stories with everyone in your phone’s contact list who uses the app, anyone with whom you’ve had a one-on-one conversation in Signal or anyone whose message request you’ve accepted. One can also choose to hide his/her Story from specific people. You can create a custom Story if you want to share your Stories with a smaller group of people. In addition, you can share Stories with existing group chats.

Moreover, you can limit your stories to specific groups, such as family or coworkers. Stories, like all Signal features, are end-to-end encrypted and thus inaccessible to anyone you haven’t specified to view them — including Signal itself. Stories automatically disappear after 24 hours or you can manually delete them if you need to remove them quickly.

Explaining the need for the feature, the company in a blog post said “Stories is one of the most common feature requests from global users. People use them, people want them, and so we’re providing a way to do stories privately and without having to wade through a sea of ads.”

If you don’t want to see other people’s stories or create and share your own, you can disable the feature by going to Settings > Stories > Turn off stories. It will not notify any contacts or friends that you have opted out of watching their stories, so you’ll have to confess to them if they put you on the spot about any videos they believe they’ve sent your way.