The Fourth Industrial Revolution, abbreviated as 4IR, is ushering in several new technologies that are fusing the physical, digital, and biological worlds, impacting all disciplines, economies, and industries. It is changing how we live, work, and communicate and how we interact with the natural world. In Africa, the 4IR represents an opportunity to accelerate development.

The continent has the opportunity to skip the industrial phase of development and enter the digital age right away. Since the continent is home to many of the world’s fastest-growing economies and has a young, dynamic population, it is uniquely positioned to benefit from this transformation. With an increasing number of African startups and businesses embracing new technologies, Africa is already a major player in the global digital economy, it also has some of the world’s leading mobile money platforms, including M-Pesa in Kenya, Kuda Bank in Nigeria, and Fawry in Egypt, to name a few.

Africa faces numerous challenges, but the 4IR provides an opportunity to address some of these issues. For instance, Africa has a young population, and the 4IR can provide them with the skills they require to find work. It also has the potential to improve the African healthcare and education sectors.

Furthermore, precision farming techniques, for example, are increasing yields and reducing waste in agriculture, while the development of mobile apps is making it easier for smallholder farmers to access information and markets. In the medical field, mobile technologies are being deployed to remotely monitor patients, and drones are being tested for delivering medicines and supplies to rural areas. Massive open online courses (MOOCs) and other digital learning tools are opening up new opportunities for students across the continent in education.

However, to fully reap the benefits of the 4IR, Africa will need to invest in infrastructure, skills, and connectivity. African leaders must also foster an environment conducive to innovation and entrepreneurship.

Omeife is a six-foot-tall multilingual human-like robot, built as a female Igbo character who understands and speaks eight different languages, including Yoruba, Hausa, Igbo, French, Arabic, Kiswahili, Pidgin, Wazobia Afrikaans, and English, from an idea that was conceptualized in 2020 to a back-and-forth construction.

Omeife understands African culture and behavioral patterns thanks to sophisticated artificial intelligence algorithms developed in-house by the company’s team of scientists. In addition, the humanoid has a real-time understanding of its surroundings, including active listening and the ability to focus on a specific conversation thread as it occurs. “It’s not just multilingual, it can switch languages and interact with specific gestures—hand illustrations, smile and other bodily gestures—that match the tone of the conversation,” Chuks Ekwueme, the CEO of the company explains.

What emphasizes Omeife’s Africanness is her ability to speak each language with a native accent, pitch, and vocabulary, as well as detailed pronunciations of words, sentences, and even phrases. African politeness values are also ingrained in the functions of social interaction. Omeife, according to Ekwueme, pays attention to a specific person to keep the conversation going, and carefully chooses its words—sieving out words, phrases, sentences, and expressions that are not polite in African cultures. “This characteristic makes it safe to interact with children,” Ekwueme added. He also mentioned that Omeife has a learning pipeline that allows it to improve and learn from conversations. With new information, it can also better recall and understand old concepts.

Omeife also has terrain intelligence in the sense that it understands its ground level and stability on the floor, which aids it in navigating non-flat surfaces and maintaining good balance. It also has a position awareness feature and a grip sensor, which allow it to size, understand shape and hold objects.

Robotics in the Heart of Africa’s 4IR

A robot is a machine that can be programmed to perform a series of complex tasks, whereas a humanoid robot is designed to look like a human. In Africa, robotics and humanoids are still in their early stages of development. These technologies are being developed by a few research and development teams, but they are not as widely used as in other parts of the world. Many obstacles must be overcome before they can be widely adopted, such as the high cost of development and a lack of infrastructure. However, these technologies have the potential to have a significant impact on Africa, particularly in terms of economic development and quality of life.

However, while Uniccon Group has tagged Omeife as the first African human based on being the first African by design and purpose, and the first to announce its completion, Africa has other humanoid development efforts. For instance, Abdul Malik Tejan-Sie, a Sierra Leonean engineer based in South Africa is also building a robot, which has been tagged as South African first humanoid. There was also an early effort from Richard Holdbrook, a Ghanaian who designed a prototype in 2018. 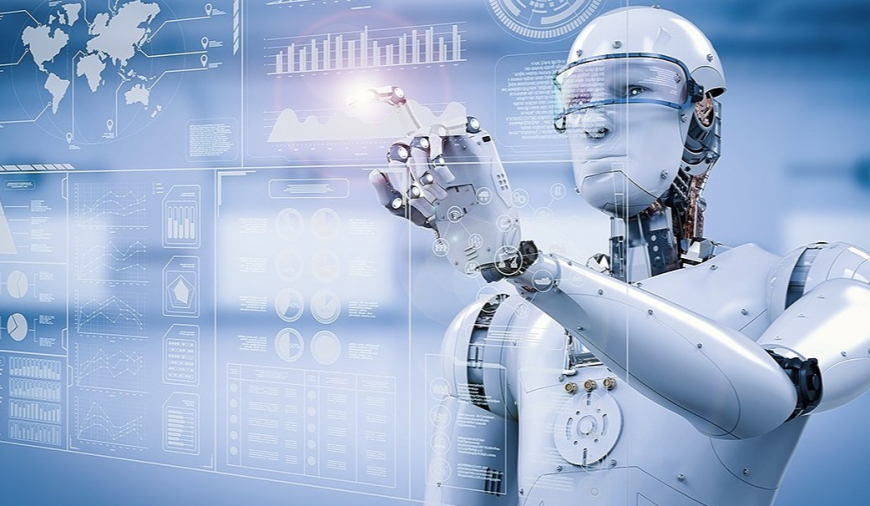 Robotics and humanoid technologies have the potential to significantly improve people’s quality of life in Africa. These technologies can aid in agricultural, construction, and healthcare tasks. They can also be used for companionship and communication.

Without a doubt, robotics and humanoid technologies have the potential to transform Africa’s landscape. These technologies could aid in everything from disaster relief to infrastructure development. However, several challenges must be overcome to fully realize the potential of robotics and humanoid technologies in Africa. There is an urgent need to build capacity, create an enabling environment, and address the continent’s unique challenges by both the government and stakeholders.